India makes its traditional alcoholic drinks. Before they began importing the known brands, the Indians use to make their own alcohols.  The traditional alcohol is still popular today even with the introduction of the newer brands.  The people in India prefer the traditional drinks more than the modern ones.

The highest consumers of traditional alcohol are the people living in the rural areas. They are the brewers themselves and the consumers of the product. The alcohol consumption to many consumers in India is a way of relaxing and having a good time. Drinking in India is regulated and the allowed drinking age is 18 years and some parts of the country 21 years. This rule has helped to reduce the cases of underage drinking, the older people who are responsible are only allowed to consume alcoholic drinks.

How the economy in India has improved

Since the consumption of alcohol in India has increased, it has led to growth in the economy. The traditional drinks are especially, the most selling brands in the area. The government, on the other hand, has imposed the tax as a regulation to alcohol brewing and consumption. This way the government has been able to collect a large amount of taxes that are used to improve other sectors in the economy. The high demand of the drink has also led to the development of other beer companies that brew the local traditional alcohol. The alcohol brewed is sold to the locals and others are exported to the neighboring countries and hence earning income. The jobless Indians have secured jobs in the brewing industries and as such their lives have improved. The brewing companies are known to be the most paying sector.

This is a beer brand that is made from rice and combination of other herbs commonly called the Ranu tablets. The alcohol content in this beer is low and it is safe for drinking. It does not have many effects to the user. This beer is also easy to make and it gives a relaxing mood.

This is a beer brand that is made from rice fermentation. Apong is very popular in the areas of Assam and Pradesh.

This beer brand is made from cashew nuts and it is known to be famous in the areas of Goa.

This beer tastes very sour and it is brewed using rice. The sour taste is as a result of fruits that added to make it taste better. The Zutho is white in color and one of the most consumed beer.

This beer drink is made from palm tree sap. It tastes very sugary and a famous alcoholic drink in the areas of Nadu and Andhra. It is also commonly known by many to be Thaati Kallu. The sap is obtained from the palm flowers. The sap is a non-alcoholic, but once it is fermented it makes very sweet beer.it has an average of 4% alcohol and thus does not give much intoxication.

The sap from coconut is fermented to give this famous beer. This is also called Arak. The sap from the coconut can be fermented to beer or distilled to give a much strong spirit. The taste and color of the Arak vary from brewers.

During summer people in India do like to take the beverages to quench their thirst.  During winter the beverages keep the people warm.  Most beverages are also known to be medicinal in nature. The beverages made are made sweeter by adding different ingredients and spices. The two common beverages are tea and coffee. The Indian coffee beverage is made by adding roasted coffee to the milk. Tea categories that are commonly consumed are the Assam, green tea, masala tea, Tulsi tea and many others.

The indigenous Indians do like the traditional brands more than the imported ones like whiskey and others.  The taste that is associated with the local brands makes the Indians stick to the traditional alcohol.

In conclusion, drinking in India has become a habit. Both the non-alcoholic and the alcoholic drinks are consumed, but mostly the alcohols.  The drinking habits of Indians has increased and thus making the sale of an alcoholic to increase. 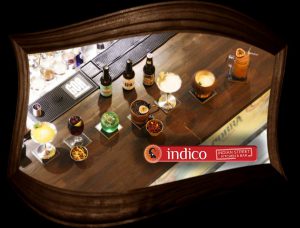 « Indian food the way it is made in India
Indian music – Punjabi traditional, folk and bhangra music »